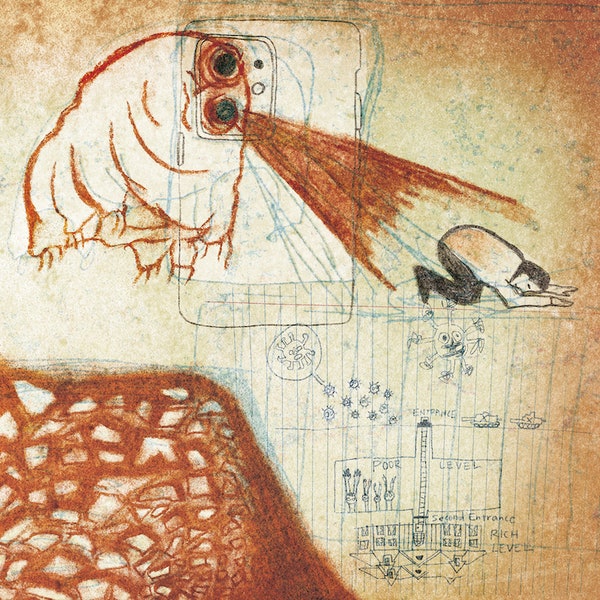 Deerhoof have been pioneers of experimental noise pop since the mid-90s, and have put out about fifteen albums without repeating themselves. Throughout the 2010s, Deerhoof put out a series of increasingly polished and electronic albums that featured less of the untamed abandon of albums like 2002’s Reveille and 2003’s Apple O’, but still featured their own brand of unpredictable chaos, like the hectic 2012’s Breakup Song. Naturally, as the band enters the new decade, the only way to go is forward, which they do by recording an album in a trash can.

They didn’t actually do that, but compared to even some of their oldest lo-fi efforts, this album is rough as sandpaper. Drummer Greg Saunier recorded a lot of his tracks in Photo Booth, and sent off the tracks to the other band members to write their own songs from his tracks. Their compositions were then patched together to make a collection of Frankensteins that bewilder, irritate, and please the listener all at once.

Anything can happen, and anything does. “O Ye Saddle Babes” starts unassuming and quiet for half a minute, until a lead guitar sounding not unlike an air raid siren signaling the end of the world bursts in. “Reduced Guilt” squeaks with unexplained vinyl crackle and random high-pitched shrieks without explanation. “Sympathy for the Baby Boo” throws twee pop and garage rock like it’s normal to put those sounds together. “Damaged Eyes” stands out on this album because, comparatively, it’s quite normal, with bouncing, hypnotic leads carrying the song. Some might compare it to 2008’s “Offend Maggie”. “Farewell Symphony” executes key changes in a subtle but incredibly haunting. To top it all off, the whole package ends with a Mozart cover.

That’s a good way to describe this album: haunting. It was recorded remotely with computers within the last few years, but it sounds like it was thrown together in a basement with a broken tape recorder by the most sleep-deprived musicians. Its themes fit nicely into our COVID-affected world, but the album was almost done, if not completely done, by the time the virus hit the States. Nothing is as it should be, and for Deerhoof, that’s exactly as it should.

Deerhoof have been around longer than some of today’s most popular musicians have even been alive, and they’re still innovating and taking risks. When the world finally does end, and aliens come to learn about the culture of a now-dead planet, they’ll probably find this. 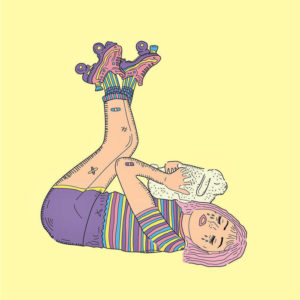