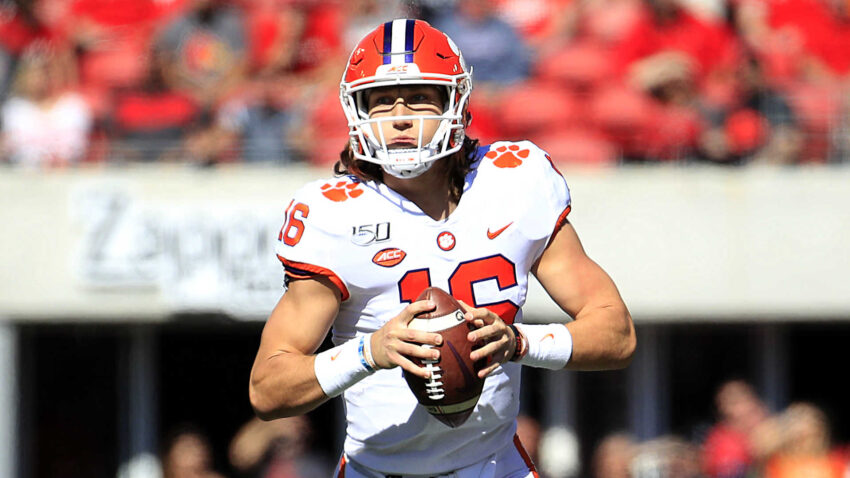 The 6-foot-6 star is dominating college football. As a freshman, Trevor Lawrence led the Tigers to an undefeated season and an NCAA Championship win. His sophomore year, he almost did the exact same thing. Only this time, in the final game Clemson fell short to LSU. The junior quarterback has dominated the field and led his team to greatness.

Since Lawrence was only 18, professional football analysts, coaches, and players have speculated his future to be in the NFL. Now that he is a 21 year old junior, for the first time, he is eligible for the 2021 NFL draft in April.

But will Trevor Lawrence choose to be drafted or stay at Clemson?

If he enters the draft, the college football phenomenon will most likely be demoted to the Jets’ starting quarterback position. The Jets are currently 0-8 and are not putting up a fight to move from their last place position in the league. Therefore, the Jets would claim the first overall draft pick, Trevor Lawrence.

Roddy White, the former Atlanta Falcons wide receiver, expressed his opinion. “If I’m Trevor Lawrence and the Jets finish with no wins, I just go back to Clemson,” White said. “I don’t want any part of that organization.

The Jets made their last playoff appearance in 2010 with Mark Sanchez, and have been in a downward spiral ever since. In the 2018-2019 season, the Jets went 4-12, finishing last in the AFC East. In the 2019-2020 season, green and white gave New York fans some hope as they finished almost even, with a record of 7-9, and moved up to third in their division. All that hope was shattered early in the 2020-2021 season. The Jets are currently 0-8, contently sitting at the last place spot in the NFL.

Of their 54 years, the Jets have made it to the playoffs 14 times, and have won one Super Bowl, which was over 50 years ago. The organization is destined for failure without some serious rebuilding. This could all be catalyzed or at least started with Trevor Lawrence. The Jets are ready to hand Trevor Lawrence the team, but he might not want any part of them.

Lawrence does have other options. If signed to the Jets, he can force the team to trade him. In 2004, Eli Manning was drafted by the San Diego Chargers. Manning did not want anything to do with the organization, similar to the Jets they were on a losing streak. Manning informed the Chargers he refused to play for their team. He was then traded to the New York Giants. John Elway did the same thing in 1983 to the then Baltimore Colts before being traded to the Denver Broncos. Lawrence would not be the first to insist on an immediate trade.

The other option is for Lawrence to play his senior year at Clemson. The Tiger’s star could lead them to another championship and have a record breaking senior year. There is also always the possibility of an injury and never being able to play in the big leagues. Playing another year of college ball has its ups and downs. We will have to wait and see what Trevor Lawrence decides.