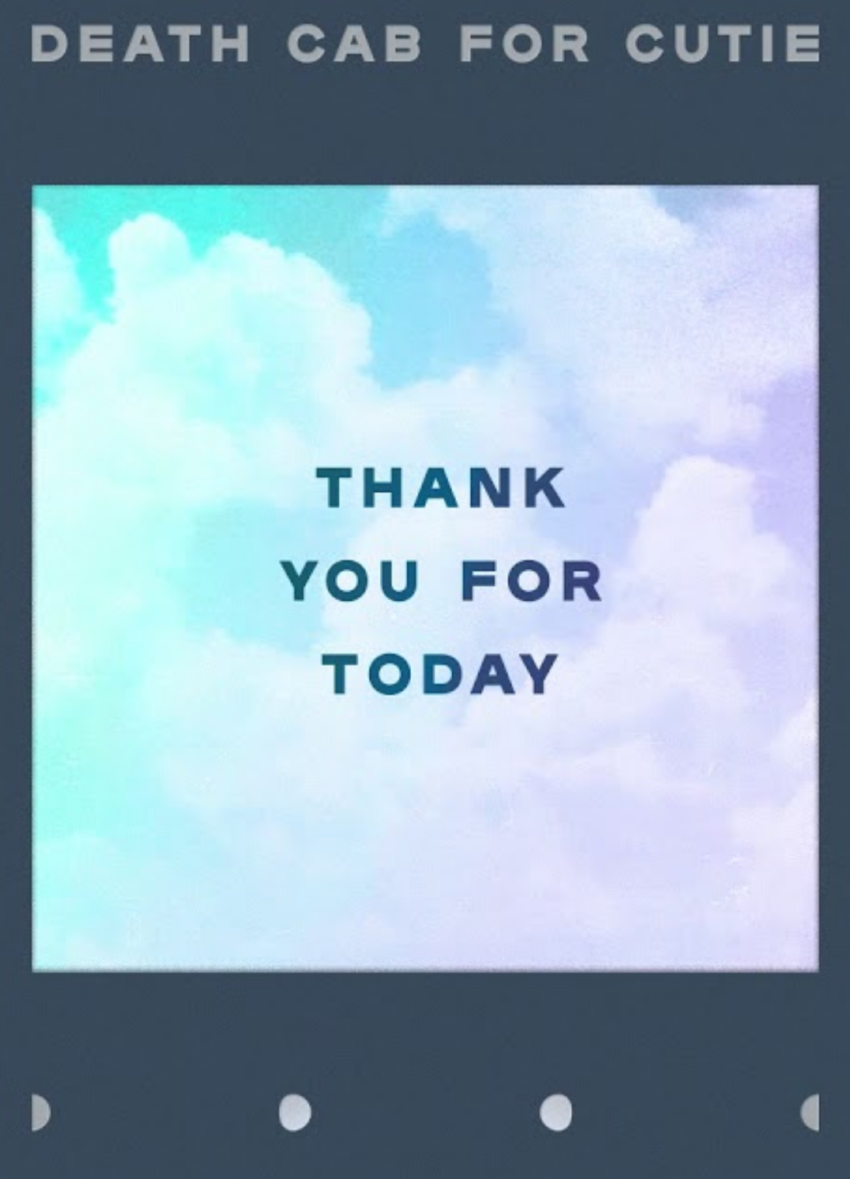 More upbeat and hopeful than their smash-hit “I’ll Follow You Into the Dark”, Death Cab for Cutie’s new album is more mainstream. With strong beats and chords, Thank you For Today is a requiem for years gone by disguised as easy listening songs. The lyrics are not lacking, especially with some great #hashtagable lines such as “I placed faith in geography to hold you in my memory”, from “Gold Rush”.
As the Rolling Stone put it, Death Cab for Cutie plays “melodic, melancholy songs about feeling both smart and confused, hopelessly romantic but wary of love.”

Thank You For Today – Death Cab For Cutie