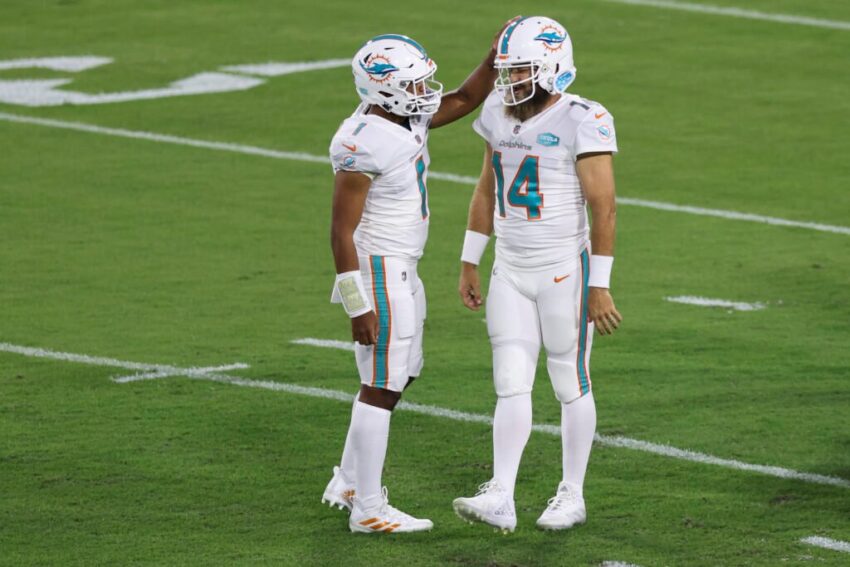 On Tuesday, the Miami Dolphins coach Brian Flores promoted the fifth draft pick, Tua Tagovailoa, to starter quarterback and perhaps made Ryan Fitzpatrick unemployed. When the twenty two year old was drafted earlier this year, it was clear Miami was looking to rebuild and get the college star ready for the pros. Although, this change was not anticipated to be so soon.

In three games so far this season, Fitzpatrick threw for over 300 yards, and ten of those passes in the first six games of the season for touchdowns. With a 3-3 start, Fitzpatrick has not lost his magic, as he leads the Dolphins to a two game winning streak, with the first place position of the AFC East in sight. The journeyed quarterback dug his team out of 1-3 start, trailing the first place Buffalo Bills by just one game.

Fitzpatrick was on a hot streak, yet the rookie was named to be the new starting quarterback. This came as a shock, not only to many Dolphins fans, but also to Fitzpatrick. He went to bed Monday night preparing for his next game against the Rams, and woke up Tuesday with perhaps his last starting position, or even NFL start, in his rearview.

The now second string spoke out about Flores’ decision yesterday. “I was shocked by it. It definitely caught me off guard. It was a hard thing for me to hear yesterday, just kind of digesting the news. My heart just hurt all day. It was heartbreaking for me”, Fitzpatrick explained. “Is this it? Like, was that my last game as an NFL player in terms of being the starter and going out there and playing?”

It was certainly a bittersweet moment. The veteran quarterback has to leave his home for the past two seasons where he has contributed an adequate performance and might never hold a starting position again. Meanwhile, a twenty two year old’s dreams just came true and for him, this is just the beginning.